Sonora, CA…On September 16, 2022, at approximately 10:00PM, a 33-year-old Andrew Ramsey from Modesto was driving a 2008 Honda Civic westbound on State Route 120, east of Tulloch Road in the number 1 lane at an unknown speed. The driver failed to safely negotiate a right-hand curve in the roadway and lost control of his vehicle. The Honda traveled out of control across both westbound lanes and struck an asphalt curb north of the roadway. As a result of the impact with the curb, the vehicle became airborne and over-turned several times until it came to rest on its right side in an open field. 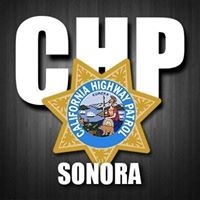 The male driver succumbed to his injuries at the scene prior to the arrival of emergency personnel. The driver was wearing a seatbelt at the time of the crash and it is undetermined if drugs or alcohol were a factor.