Unemployment Fraud Climbs to $32 Billion with No Accountability in Sight 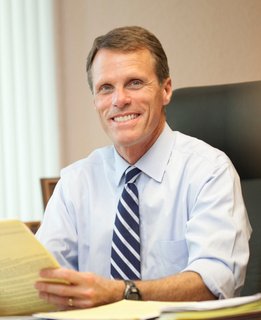 Roseville, CA… Opinion Piece By Ted Gaines. If giving unemployment benefits to criminals sitting behind bars or fraudsters in foreign countries wasn’t enough to make your stomach turn, recently, we learned that California’s unemployment fraud initial estimate of $20 billion is closer to $32 billion and counting. During the pandemic, millions of Californians sought unemployment […]

The United States Constitution Was Signed on This Day 235 Years Ago!

Philadelphia, PA…In these crazy hyper-political times all of us could take a few minutes to reflect that the United States is unique among nations in that we are nothing more and nothing less than a shared belief in a collection of ideas.  We are not Spanish, Italian, German, Chinese, Irish or even English.  We are […]

Roseville, CA…It’s tough to survive in California if you’re poor. Green-energy schemes drive our electricity rates 80-percent above the national average. Gas prices make every trip to the gas station gut-wrenching. The median home price is above $800,000 and our state sales and income taxes are the highest in the nation. It’s a state that […] 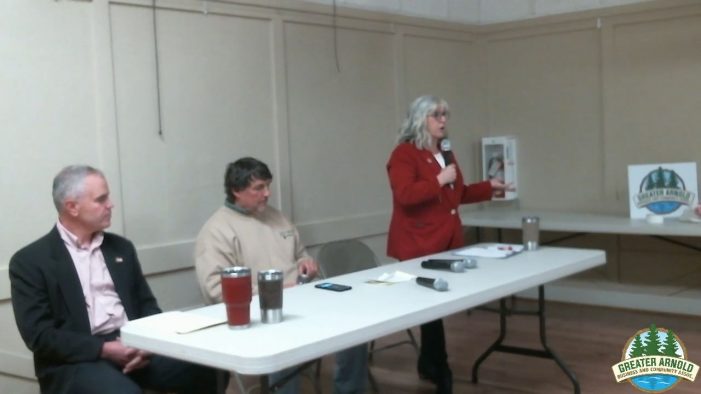 Arnold, CA….Mea Culpa, Mea Culpa, Mea Maxima Culpa. The mistakes and miscues around last Thursday’s Candidate Debate at Independence Hall were mine and mine alone. It was not GABA’s and certainly not Martin Huberty’s, Lisa Muetterties or their campaigns it was mine. Mine alone….Period. It was my responsibility to communicate in a timely and fair […]

Who Pays for the Woke? ~ Congressman Tom McClintock 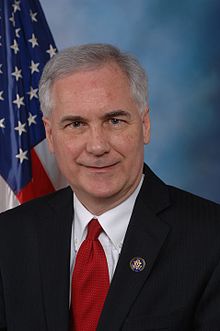 Washington, DC…During the Trump Administration, Republicans passed one of the biggest tax cuts in American history and the greatest regulatory relief ever. The result was the biggest economic expansion in our lifetimes. Before the lockdown left took a wrecking ball to our economy, Americans were prospering with the lowest unemployment rate in 50 years – […] 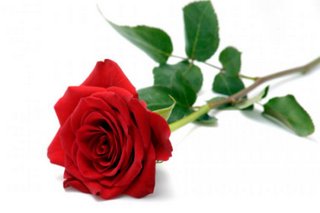 CA Homicide Up 31%: Legislative Democrats’ Solution: Reduce Penalties for Criminals Convicted of the Most Heinous Murder

Sacramento, CA…Crime is spiking and what do Legislative Democrats want to do? Revisit a bill that reduces penalties for criminals convicted of the most heinous crimes.   Days after Los Angeles experienced a bloody weekend and media is reporting the staggering uptick in crime, legislative Democrats are revisiting Senate Bill 300 (SB 300), legislation that would reduce […]

Washington, DC…Ever since the Magna Carta, it has been a settled principle of good governance that the power that appropriates public funds should not be the same power that spends them. This principle is at the heart of our Constitution: the separation of powers. Simply speaking, it is mother’s rule writ large. Mother has one […]

Altaville, CA…Ed Langan, Chairman of the Calaveras Republicans Central Committee wants to share this article with the parents and grandparents of school-aged children in Calaveras County. The author Bob Unruh analytical view of the original article by James Dobson is very telling, as he views our educational failures and distractions that we should have challenged […]

Observation from the Chairman on Election Integrity, We Only Need to Look to Our Southern Border for a Solution!

Altaville, CA…The 2020 Presidential election was a charade and a travesty of justice shaking the very foundation that made America great. Our fair and honest election system of one-person-one-vote, the bedrock of our free Republic was corrupted. The corruption and deception allowed to creep into our once golden national election system has created monumental distrust […] 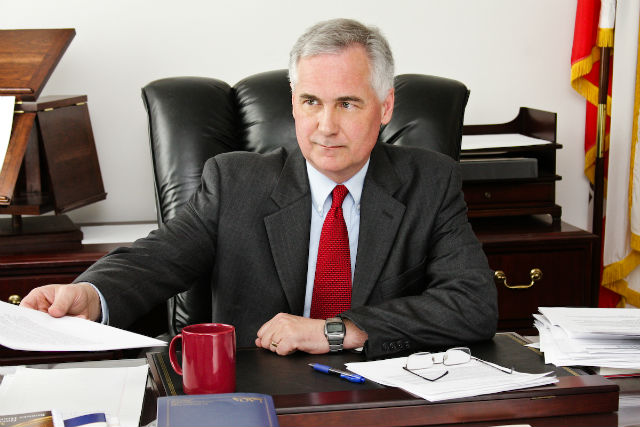 Washington, DC…Racism is the practice of according rights and privileges to an individual not based on equality under the law, but rather according to what race that person was born. It is antithetical to every principle our country was founded on, from the promise of our Declaration of Independence that “all men are created equal” […]

A Bit of Wisdom from Mark Twain 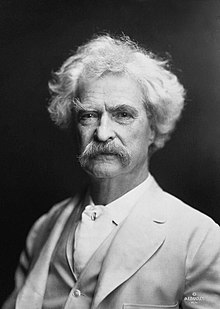 Should All Government Officials Learn about Our Founding Documents? ~ Al Segalla

Copperopolis, CA…Should our children and their children be allowed to live in a free and independent America? Long established trends in politics and media seem to promote marxism and international control, but not our Constitution, which supports a free society. If this is true, what can we do? Why not encourage all government officials and […]

Reno, NV…Upset Hindus are urging Netflix to seriously reconsider hosting of anime TV shows “Record of Ragnarok”, which they have called as “highly inappropriate” as it trivializes immensely revered Hindu deity Lord Shiva. Hindu statesman Rajan Zed, in a statement in Nevada (USA) today, said that Lord Shiva was meant to be worshipped in temples […] 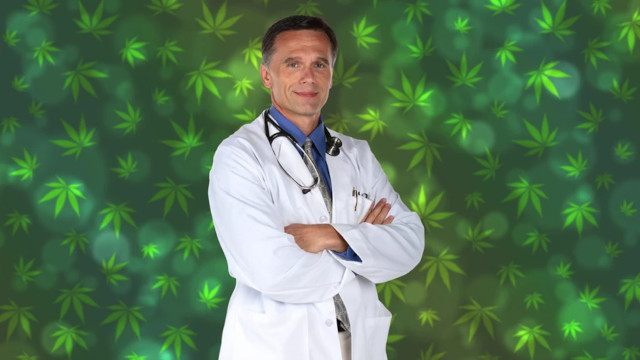 Atlanta, GA…Harkening back to the days of “Reefer Madness,” proponents of marijuana criminalization have tended to frame their arguments in terms of protecting the public from a supposedly dangerous health hazard. But new research concludes that, in reality, legalizing marijuana improves public health. In a paper recently published by the National Bureau of Economic Research, economists D. Mark Anderson and […]

Murphys, CA…Calaveras County Democratic Central Committee sent the following to Representative McClintock. “We write to express our disappointment with your recent vote against HR1319, otherwise known as the American Rescue Plan. You have characterized your opposition as concern for the financial future of American families, and as fiscal responsibility. It is our view that this […]

Copperopolis, CA…Shortly, my wife and I are to receive a $1,400 free hand out from the government. This reminds me of a story about wild hogs. Over a century ago, in the hills of Appalachia, there existed a large drove of wild hogs that the locals could not catch. These hogs ran wild and free […]

No Borders, No Country ~ By Congressman Tom McClintock

Roseville, CA…Before the lockdown left took a wrecking ball to our economy last year, we were enjoying one of the greatest expansions of economic opportunity in our lifetimes.  Unemployment was at its lowest rate in 50 years, the poverty rate was at its lowest in 60 years.  Wage growth was the strongest in 40 years.  The wage gap was narrowing for the […]

Washington, DC…If you believe the constant drum beat from talking heads of all political persuasions we are a deeply divided country. I don’t believe we’re as divided as they would like to have us believe as they make money and gain influence by having us at loggerheads. There are however some discrepancies that are just […]

Washington, DC…We are now nearly a year into the most self-destructive social experiment in the recorded history of human civilization. On this day a year ago, we enjoyed the greatest economic expansion in our lifetimes.  The poverty rate was the lowest in 60 years.  The unemployment rate was the lowest in 50 years.  Wage growth was the strongest in 40 years.  […]

I Had A Dream ~ Al Segalla

Copperopolis, CA…I had a dream. I dreamed six months from now, I visited my local service station and noticed something very different. There were two different signs on separate pumps. The first sign said: “Trump Voters Only – Price $2.85 per gallon.” The other: “Biden Voters Only – $8,25 per gallon.” Glad this was only […]

Arnold, CA…After a week where watching the news from Washington made Americans physically ill it made me wonder what could actually be the next and safest path to unite the most Americans in a post Trump world? According to many statistics if Old School Liberal Democrats, Libertarian leaning Republicans and actual Libertarians ever actually joined […]

Can Local News Help Save The Country? ~ John Hamilton

Arnold, CA…Local News is is not Democrat or Republican it is local and national news through a local lens. Local News is also the last place we all meet. We believe it is valuable now more than ever. We all want our friends and neighbors to succeed. We All care about our local businesses, schools, […]

Roseville, CA… What good are tax dollars if our elected leaders don’t use them to provide citizens with basic and necessary government services? California is about to learn the hard way that all the money in the world means nothing if its leaders abandon reason and responsibility. In the latest example of a state gone […]

In Defense of Gavin Newsom By Congressman Tom McClintock

Washington, DC…Governor Gavin Newsom has come under blistering attack for partying at one of the few restaurants he has not yet forced out of business, defying his own idiotic Covid edicts. He should be praised. He was doing what we all used to do in a free society: make our own decisions over what risks […] 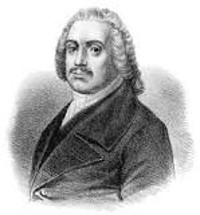 Arnold, CA…Looking back I guess I had a bit of a different childhood. My father was a public school teacher and old school farmer. We had a dairy until I was in elementary school and then transitioned to beef cattle. I grew up on 70 acres at the edge of the foothills outside of Denair, […]

Murphys, CA…They should rename July 4th and call it Interdependence Day because too many people think they can do whatever they want on Independence Day with little regard for the health of their families and fellow citizens. On this July 4th a group of flag waving “patriots” marched down Main St. in Murphys, with not […]

Arnold, CA…Most of you are familiar with the 80/20 rule in economics espoused by Vilfredo Pareto. What is profound is that in the decades since his death it has been found that the 80/20 rule to be accurate in almost all areas. Take any subject even the taboo ones such as abortion, race & social […]