Arnold, CA….Mea Culpa, Mea Culpa, Mea Maxima Culpa. The mistakes and miscues around last Thursday’s Candidate Debate at Independence Hall were mine and mine alone. It was not GABA’s and certainly not Martin Huberty’s, Lisa Muetterties or their campaigns it was mine. Mine alone….Period. 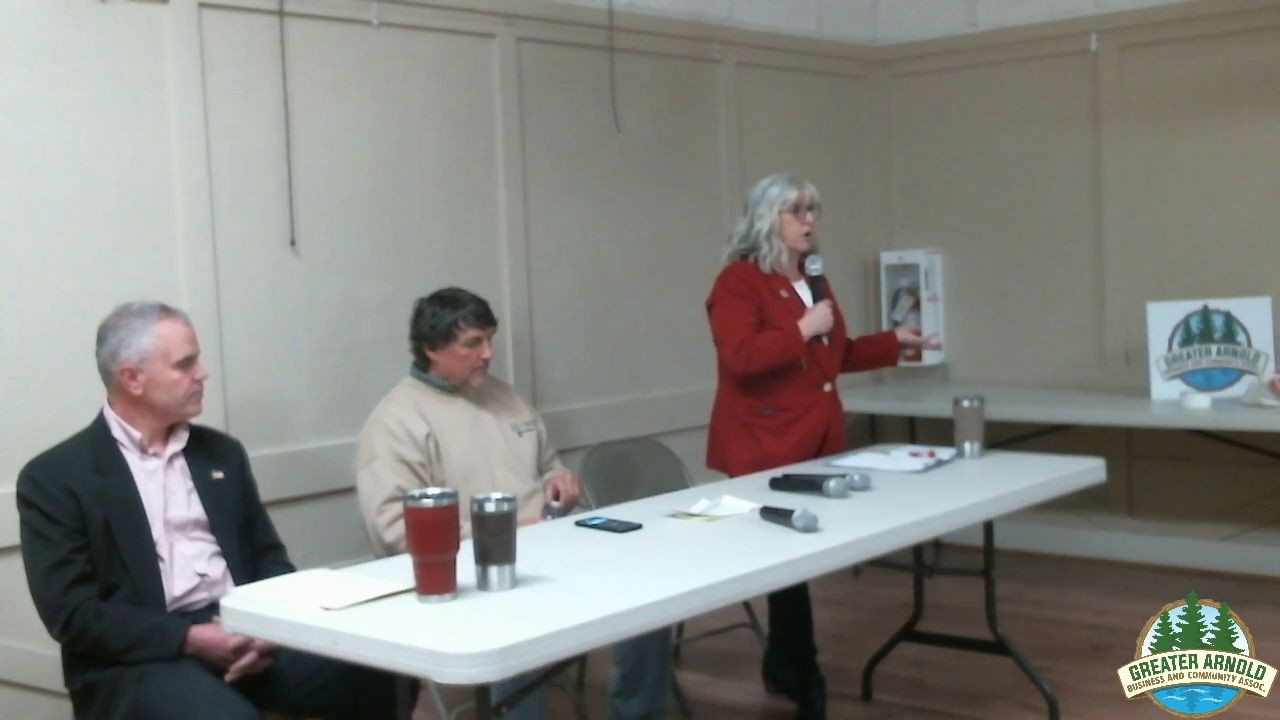 It was my responsibility to communicate in a timely and fair manner with the candidates and conduct a fair and unbiased event. The way that I handled it gave the appearance of public bias and did so in the worst possible way. This was not intended, but clearly my inactions left that as the only possible public perception.

In the end my actions or lack of timely actions hurt the efforts of GABA to put on a great and useful public event. It also made the campaigns more difficult for both Martin and Lisa. In life the most painful injuries are usually the self inflicted ones this one was a doozy.

I applaud anyone who cares enough about their communities enough to run for public office. It is at many times a thankless and all in task. You become the product with all that entails. It is a personal, tough, nerve racking, friendship making and friendship breaking affair. Every vote is precious, expensive and hard won.

If elected Supervisor you are one of the lower paid county employees. All of the Department Heads and most of the staffers which you will have responsibility for will make more than you. No one runs for County Supervisor for the money. The only reason you run is because you care about your community and you feel you have something to offer!

To Lisa Muetterties
I am genuinely thankful for the countless hours you have spent working on behalf of the people of this county. Even those who disagree with you politically have reason to thank you. Without your efforts on the General Plan the county would probably still not have one. The County had spent millions of dollars on multiple outside consultants for over a decade and left the process in complete disarray. You and others just rolled up your sleeves and worked tirelessly to get the process organized enough to get a General Plan across the finish line.

If you are elected Supervisor your constituents should expect a Supervisor who would work tirelessly for property rights, property values and good governmental process.

My delay in communicating with you prior to the debate was not an intended slight but in many ways a compliment. All of the topics to be discussed were topics you had answered questions on multiple times and I knew you could provide answers on probably in your sleep.

To Martin Huberty
Please accept my apology for the way I handled the debate. Your asking for topics to be discussed at debate I did not think unreasonable. Especially since in a local election there is usually common set of concerns residents have. The way that this came out at the debate gave the appearance of your trying to tilt the scales in your direction when that was not the case.

With your background and career in the film industry where the story, and framing the story in a manner that connects with an audience matters I made this harder for you and I am sorry.

I know the story of Calaveras County matters to you on many levels. Your efforts to tell that story through the Visitors Bureau and Angels Camp Museum have been exemplary. Even the restoration of your historic home shows your genuine love for our area.

If elected your constituents would have someone who cares not only about the day to day functioning of the county but its story and narrative for tourists and residents. As Calaveras County matures into a well rounded tourist destination I know you would help shepherd that growth in a manner that has the best narrative for the county but also one that is a sustainable one as well.

What really happened.
The GABA Board met and we went over a list of perspective topics and questions. I was supposed to communicate with both candidates in a timely manner with full disclosure to both.

I messaged Martin and he confirmed for the event. I should have emailed Lisa the topics the instant I had confirmation that the event was a go. I didn’t get to it as I had a server problem with one of our servers. I got sidetracked with an IT problem and did not email Lisa in a timely manner.

I had my head buried in a config file trying to fix why our media server was throwing errors. In my head I needed that server fixed before the event.

In hindsight this was completely inexcusable as it put Lisa in a perceived disadvantage, painted GABA in a poor and undeserved light and actually made it look like Martin was trying to control the outcome which he was not.

In events such as these there are three groups that matter. The first two are each candidate and their campaigns. Everything matters to them as it should as they have everything on the line. Both of these groups are livid with me as they have every right to be.

The third group is the casual voters who may not follow politics closely until an election. Ironically they came out ok in this.

They saw and event where both candidates answered questions from the audience that are useful in making a decision. So for all the drama that I caused in the end I think the voters actually had a useful product. A messy story with and garbled and pointless narrative but a useful product none the less.

And in four years I promise not to moderate the next debate.