By admin on December 6, 2022 2:29 pm -Comments Off on District Attorney Bragg Announces All-Count Trial Convictions of The Trump Corporation and The Trump Payroll Corp. 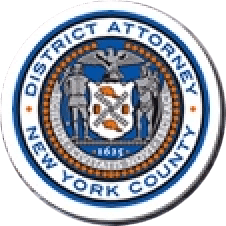 The evidence presented to the jury showed these two companies perpetrated a sophisticated tax fraud scheme that was carried out for more than a decade at the Trump Tower offices by the companies’ high managerial agents Chief Financial Officer ALLEN WEISSELBERG and Controller Jeffrey McConney, acting within the scope of their employment and in behalf of the corporations. WEISSELBERG, who previously pleaded guilty to 15 criminal charges, testified at trial implicating both THE TRUMP CORPORATION and THE TRUMP PAYROLL CORP., and will be sentenced separately to jail for his role in the tax fraud scheme in the coming weeks.

THE TRUMP CORPORATION and THE TRUMP PAYROLL CORP. were each convicted by a New York State Supreme Court jury of:

Falsifying Business Records in the First Degree, a class E felony
Sentencing is expected to occur on January 13, 2023.

“This was a case about greed and cheating. In Manhattan, no corporation is above the law,” said District Attorney Bragg. “For 13 years the Trump Corporation and the Trump Payroll Corporation got away with a scheme that awarded high-level executives with lavish perks and compensation while intentionally concealing the benefits from the taxing authorities to avoid paying taxes. Today’s verdict holds these Trump companies accountable for their long-running criminal scheme, in addition to Chief Financial Officer Allen Weisselberg, who has pled guilty, testified at trial and will now be sentenced to serve time in jail. Thank you to the skilled prosecutors at the Manhattan DA’s office for their hard work on this case, as well as our talented colleagues at the Office of the Attorney General.

Over the course of the multi-year scheme, THE TRUMP CORPORATION and THE TRUMP PAYROLL CORP. defrauded federal, state and local tax authorities by paying a number of their trusted executives and managers – including Chief Financial Officer WEISSELBERG, his son, Chief Operating Officer Matthew Calamari, Sr. and his son — substantial amounts of their compensation in the form of “off the books” personal expenses which the companies purposefully did not report in company tax reporting forms, so that those executives and managers could evade paying taxes on the income. WEISSELBERG, a prime beneficiary of the scheme, received a total of approximately $1.76 million in unreported compensation, including payment of rent on a luxury apartment in Manhattan, utilities, parking garage expenses, Mercedes Benz cars for himself and his wife, home furnishings, cash for personal holiday tips and payment of his grandchildren’s private school tuition. The companies failed to report that income to the tax authorities, failed to withhold taxes and failed to pay Medicare taxes on that income.

D.A. Bragg also thanked the following individuals for their assistance in investigating and trying the case: Assistant AG Gregory Morril, who was cross designated as Special ADA for this case; Investigative Analysts Gabrielle Hoessly and Serena Lu, and Trial Preparation Assistant Ethan Katz, of the Major Economic Crimes Bureau; Forensic Accountant Investigator Francine Wexler, and Supervising Financial Investigator Wei Man Tang, both under the supervision of Robert Demarest and Irene Serrapica, Chief and Principal Deputy Chief of the Forensic Accounting and Financial Investigations Bureau; and Rackets Investigator Ethan Zubkoff and Senior Rackets Investigator Anthony DiCaprio, both under the supervision of Walter Alexander and Michael Wigdor, Chief and Assistant Chief Investigator.