San Andreas, CA…One of the great joys of summer in Calaveras County is the Music in the Parks concert series presented by the Calaveras County Arts Council. Ten bands will play in ten towns throughout the county, from the foothills to up-country and the in between. Each Wednesday evening from 6:30 to 8:00 p.m., a different town will host a concert. 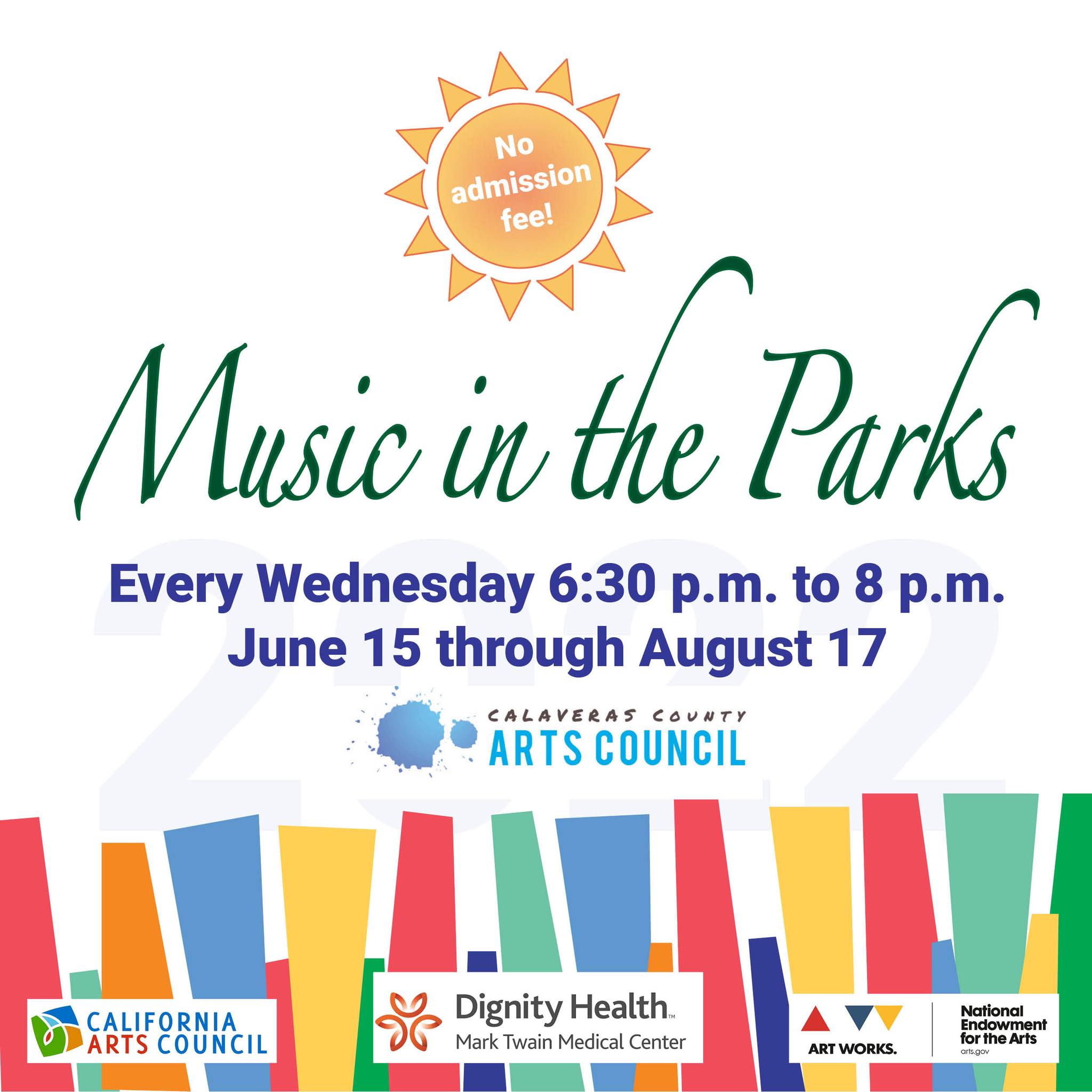 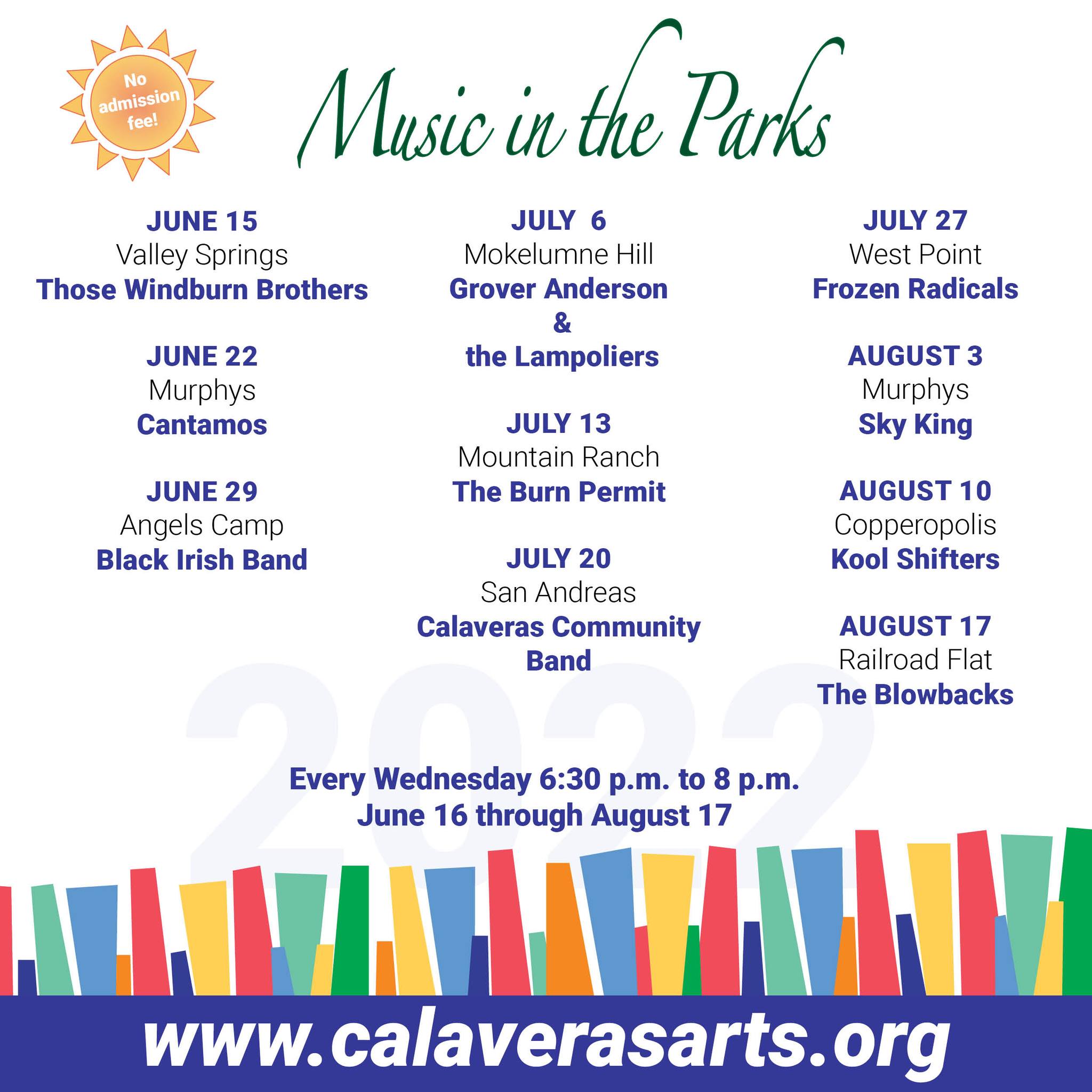 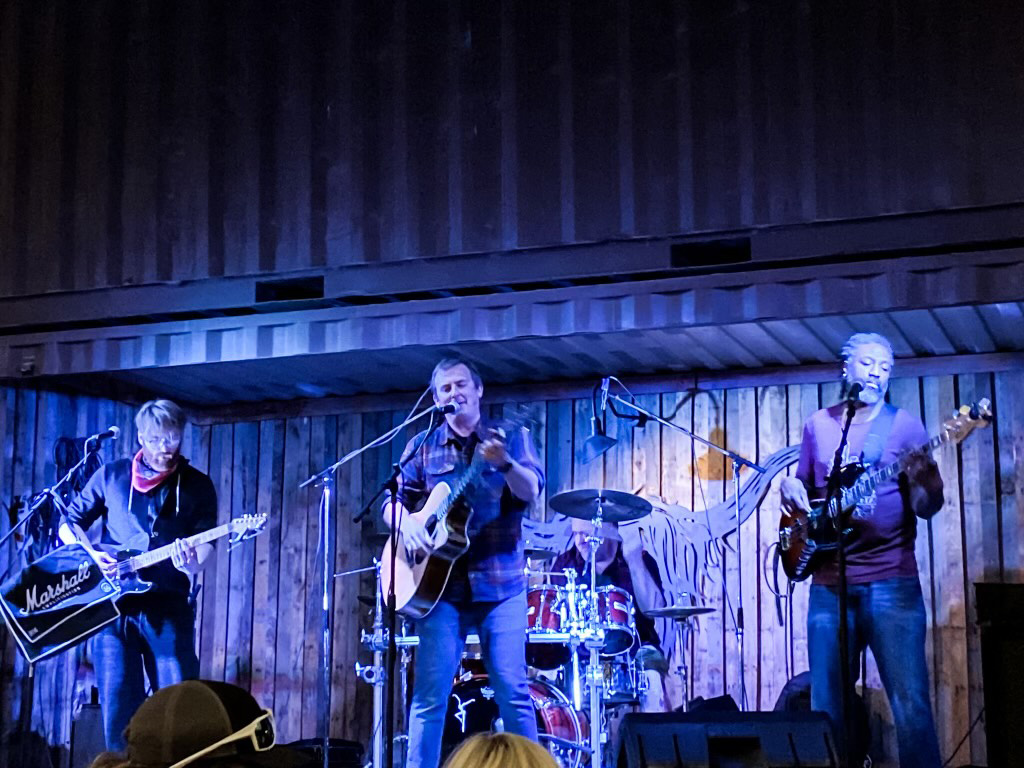 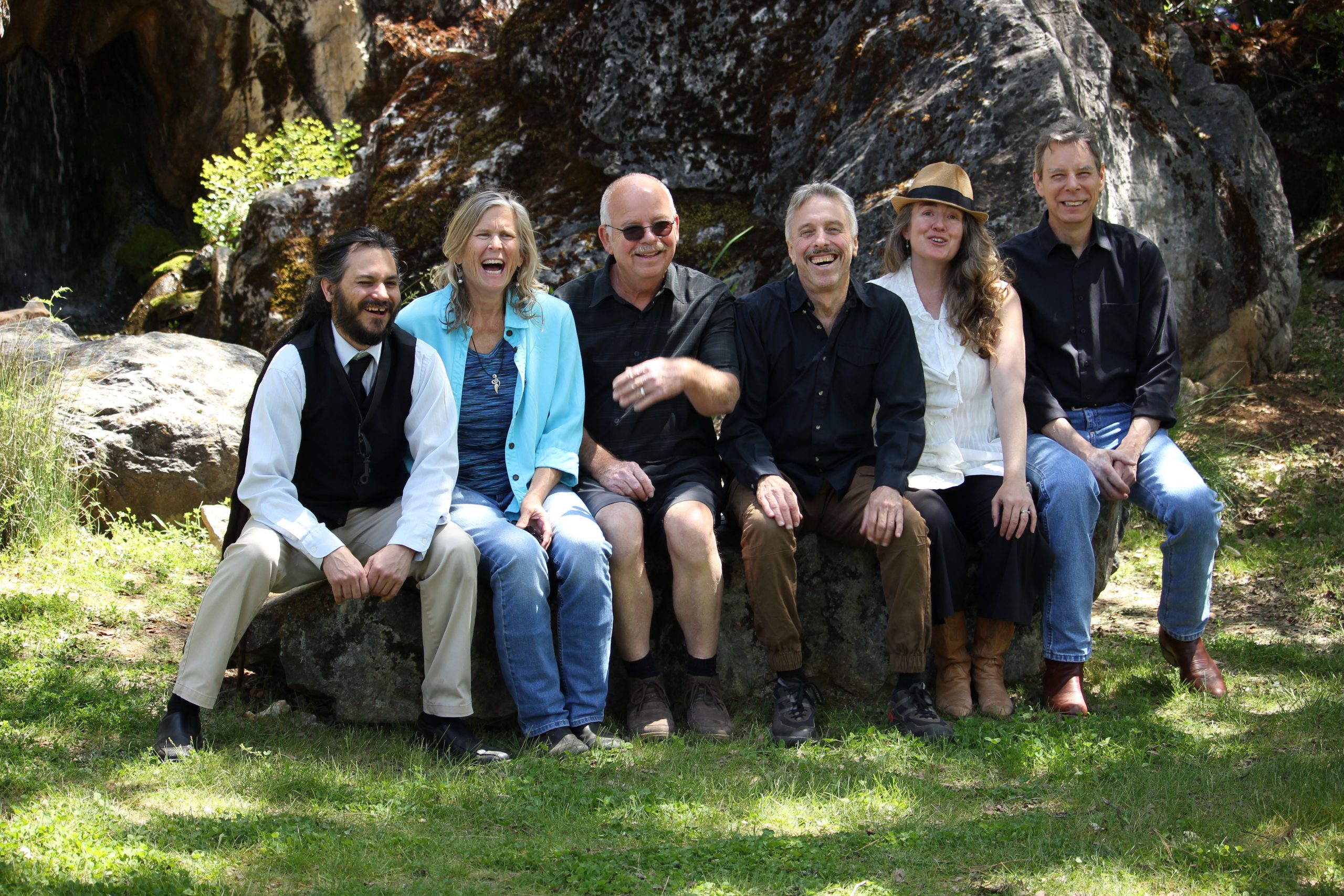 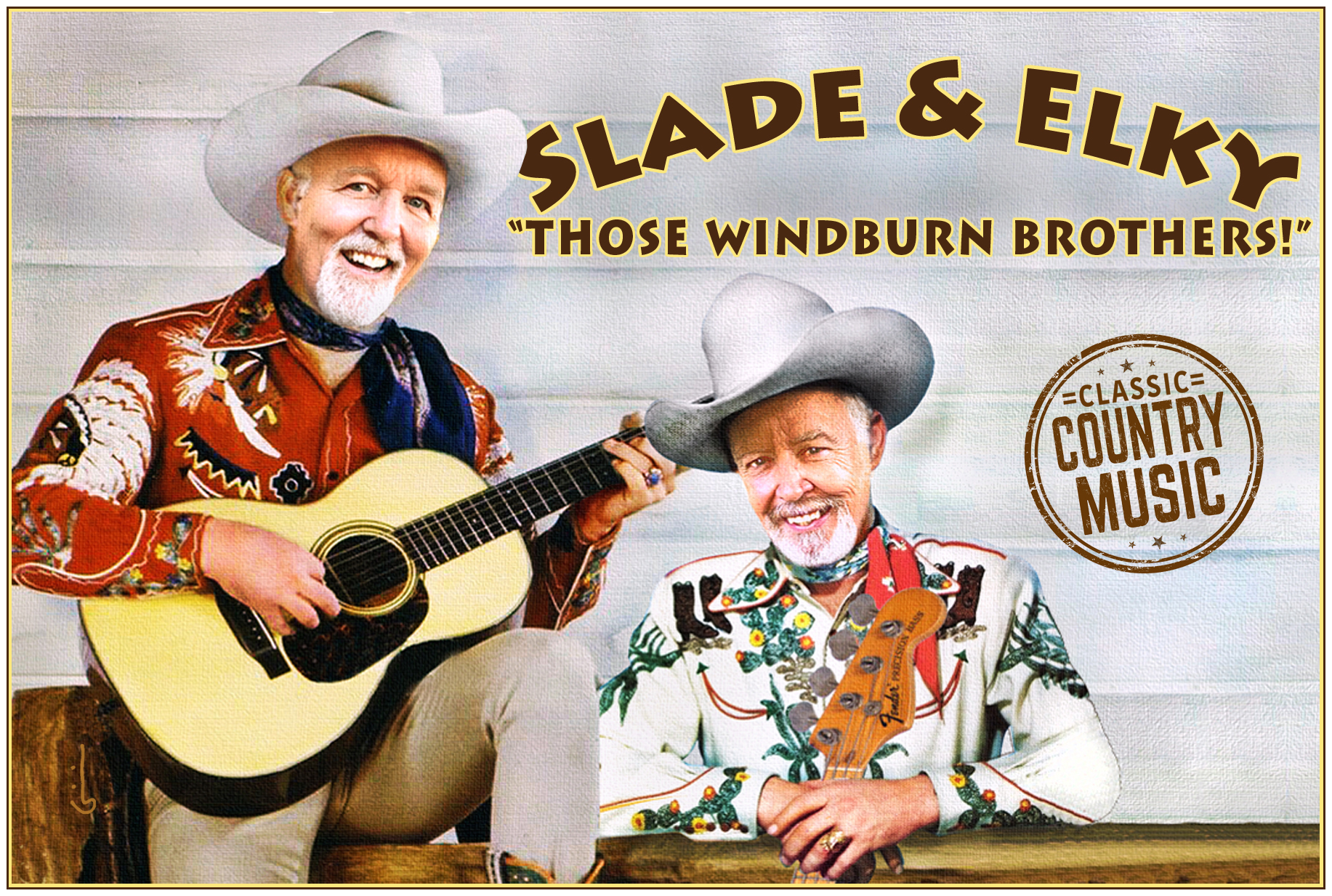 Kathy Mazzaferro, executive director, believes that the annual summer concert series builds community. “I’ve always loved how Music in the Parks brings us together as a community, as a county. I don’t think there has ever been a time that this has been more important. Having been separated for over two years, being able to come together this summer is so exciting.”

The season starts on Wednesday, June 15 at the Jenny Lind Veterans Memorial Park in Valley Springs with Those Windburn Brothers playing country swing and hillbilly music. On Wednesday June 22, the eclectic band Cantamos, fronted by singer Michela Macfarlane, takes listeners on a world tour with music from Spain, France, England, and even some American country tunes.

On June 29 the Black Irish Band, long a folky favorite will play Utica Park, and on July 6 singer/songwriter Grover Anderson with his band the Lampoliers bring moody tales, hilarious lyrics and some great music to Shutter Tree Park in Mokelumne Hill.

New to the lineup this year, Burn Permit will vibrate Mountain Ranch with classic rock, blues, soul and funk on July 13. On July 20 the Calaveras Community Band will bring classic Americana to life in the San Andreas Town Hall.

West Point has a new venue this year—The West Point Community Garden will enjoy the chill sounds of jazz from the Frozen Radicals on July 27.

August brings three stellar dance bands: Sky King on August 3 at Murphys Park, with California country and rock and roll; Kool Shifters on August 10 in Copperopolis, rhythm & blues and country; and The Blowbacks on August 17 in Rail Road Flat, with horn-driven big band and swing dance music that’s worth the drive into the hills.

There is no admission charge and no reservations needed. Music in the Parks is supported by contributions from attendees and businesses throughout the county, something the Arts Council is grateful for. “Calaveras County is so supportive of the arts, in good times and bad,” Mazzaferro said. “Hosting the concerts throughout the county is one of the best ways we can give back to our patrons and supporters especially with the price of gas!”

“We are delighted to bring the music to you.”

Summer Starts with the Calaveras Arts Council’s Music in the Parks added by admin on June 8, 2022 1:09 pm –
View all posts by admin →