Mountain Ranch, CA…Frederick “Jim” Dodge was born in Atascadero, CA, October 26, 1947, to Peggy and LeRoy Dodge, the oldest of four brothers. He graduated from Oakdale High School in 1965. After initially attending Modesto Junior College, Jim graduated from the University of Oregon in 1969 with a Bachelor of Science degree.  Upon graduating, he took a commission in the US Navy, and was sent to Naval Aviation Schools Command in Pensacola, Florida.  He earned an MS in Aeronautical Engineering from the Naval Postgraduate School in Monterey CA. 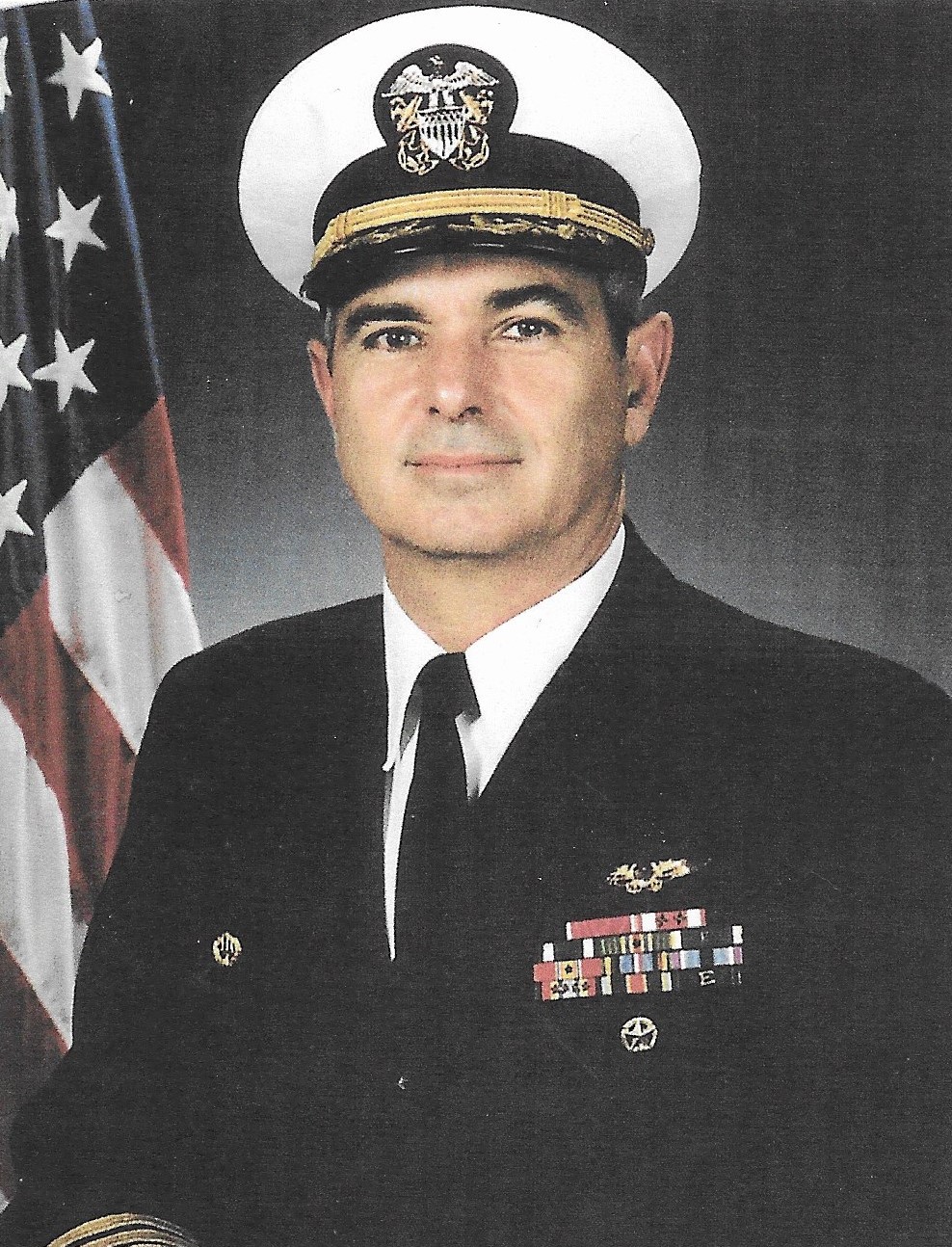 His service included the Commanding Officer, Fighter Squadron 2, the Executive Officer, USS Kitty Hawk, and serving as the last Commanding Officer of Naval Air Station Alameda, CA. Jim spearheaded the project to save the USS Hornet from the Hunters Point scrap yard. He had it towed to the air station for base closing ceremonial events and achieved its designation as a museum ship, moored today at the old air station piers in Alameda. Jim served in the US Navy for 28 years.

Retiring from the Navy in 1997, Jim and family moved to Mountain Ranch in Calaveras County. He owned and operated Mountain Ranch Realty for eight years.  After selling the business, Jim turned to ranching and farming. Jim had a strong faith, and he had a gift for nurturing and strengthening the spiritual health of others. His interest led him to research the Creation story and Biblical Prophecy, which he studied for over 30 years. He researched and produced the video The Christmas Star, and later published a book, A Bible-Based Chronology from the Creation to the Second Advent of Jesus Christ.

In recent years, Jim spent time doing what he loved. He took care of the animals and the never-ending projects on the ranch, and he spent time with his family. Jim passed away at home on October 24th from complications of cancer.  He is survived by his mother Peggy, wife Kathy, brothers Dave (Peggy), Bill (Mary), and Rick (Charlie), his children Marcie (Matt), Lila (Matt) and James (Ashley), and his 9 grandchildren, in addition to many nieces, nephews, cousins and other extended family.

All are welcome to attend the Celebration of Life Service at San Andreas Community Covenant Church on December 29th, 2022 at 11:30am. In lieu of flowers, donations can be made to Christian Family Learning Center in Angels Camp, a local Christian school close to Jim’s heart.