Jamestown, CA…On Friday November 18th, 2022, at about 7:00 pm deputies responded to the area of Main Street near Willow Street in Jamestown for a report of a man pointing a gun at several people. Deputies responded to the scene with lights and sirens. While deputies were en-route to the scene, the man, later identified as 29-year-old Roger Taylor Moore, left in a vehicle. CHP officers also responding to the scene located the vehicle and conducted a high-risk traffic stop. All persons inside the vehicle were safely ordered out of the vehicle where they were detained. Taylor Moore was searched and a loaded handgun and fixed blade knife were found concealed in his pockets. 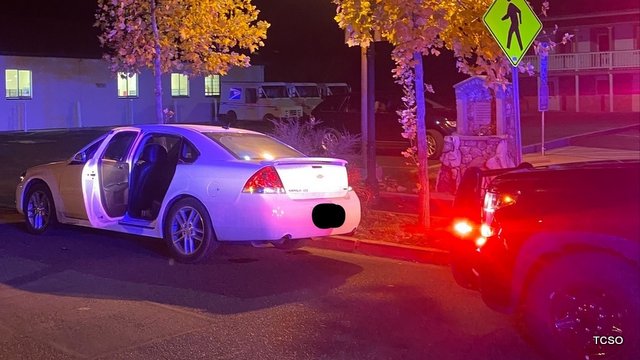 Deputies Respond to Jamestown for a Report of a Man Pointing a Gun at People added by admin on November 23, 2022 10:48 am –
View all posts by admin →