Arnold, CA…The following is from Bryan Clark who is a member of the Board of Directors for the Central Calaveras Fire and Rescue Protection District. 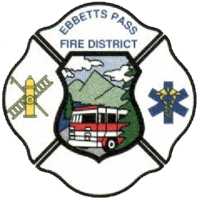 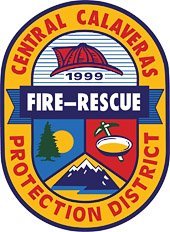 On the afternoon of June 5, one of our volunteers, Jeff Gardner of Arnold, who attended the Calaveras Volunteer Fire Academy and recently completed the Emergency Medical Responder training, came upon a medical emergency in Arnold while off-duty. The letter below is what he wrote to our trainer, Chris Tedder, afterward:

All of your long hours associated with the last EMR class paid off for one individual this morning and you should feel really good about what you accomplished.

This morning my wife and I were driving in downtown Arnold and there was a car stopped in the middle of Highway 4 and we noticed a young man pulling his father out of the driver’s seat onto the pavement. I stopped as other cars were passing by and determined the man was not breathing and immediately began CPR exactly as you taught us. As I was performing CPR I got the victims medical history which included previous heart problems, again as you taught us. After about 4 minutes a nurse stopped and I discontinued while she checked for a pulse. No pulse so I continued. After another 2 minutes the victim began breathing but it was agonal so I continued. After another minute or so he stopped breathing again and I thought I had lost him but continued just like you taught us. Just as the EPFD paramedics arrived he started breathing again and I continued CPR while they set up. I finally got relieved after about 15 minutes which was just in time as I was gassed. EPFD worked on him for about 20 minutes and shocked him 4 or 5 times as he kept going in and out.

The great news is that EPFD stabilized him and they called me a couple of hours later to let me know he was still stable when they loaded him on AirMed. EPFD told me that the guy probably would have died had I not started CPR.

If it wasn’t for your dedication in training us I would have had no idea of what to do……so you basically saved a man’s life this morning. THANKS!

I feel that Jeff’s lifesaving efforts should be recognized in a public forum. Jeff volunteers for both the Central Calaveras Fire and Rescue Protection District (which serves the communities of Mountain Ranch, Sheep Ranch, Railroad Flat, and Glencoe) and for the Ebbetts Pass Fire District in Arnold. His quick actions and recollection of the training he attended saved a life and are keeping with the standards and traditions of the Fire Service.

The Board of Directors of Central Calaveras Fire and Rescue Protection District plan to formally recognize him at our regular board meeting on July 14, 2022. The public are invited to attend.